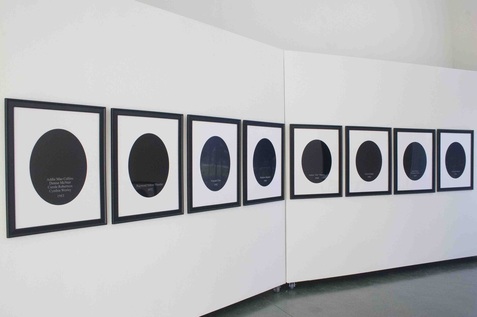 “I Am...” consists of multiple 30” x 24” black-edged frames, with engraved name(s) of victims murdered from hate or racially motivated crimes in the United States and the year of their death on the front pane of clear acrylic.  The name(s) and year sits at the bottom edge of an oval, with the white portrait mat resting over a mirror-like black acrylic. When the viewer stands in front of the frame, they can see their own reflection in the black acrylic within the portrait oval, above the name(s) of the victims. My intentions are to memorialize the identities of the past murdered victims so they are not forgotten and, with the viewer’s reflection placed within the frame above the name(s), it acknowledges the victim’s absence. The viewer become part of the artwork, thus bridging the past and present together.  Their reflection also implicates them as the next possible victim, suggesting that such crimes can happen to anyone. 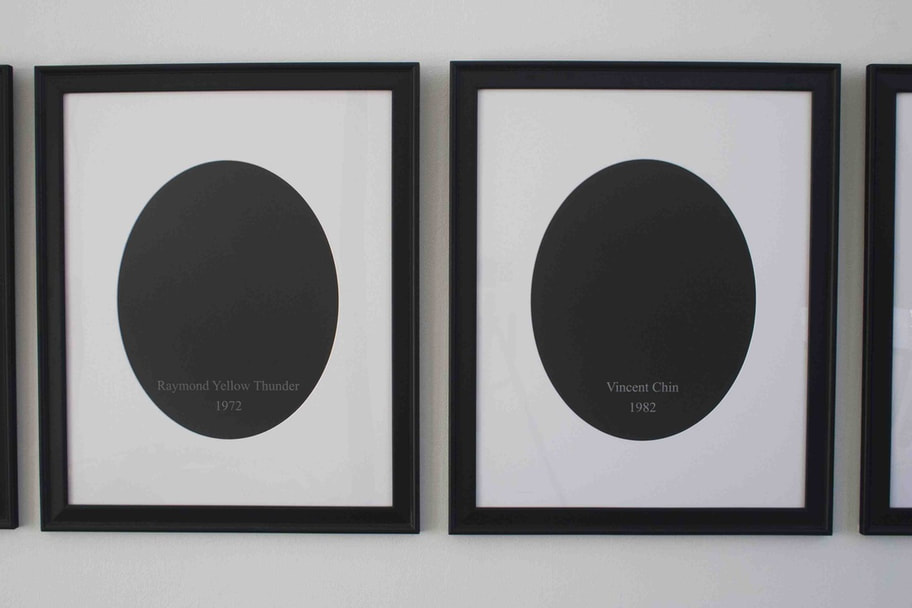 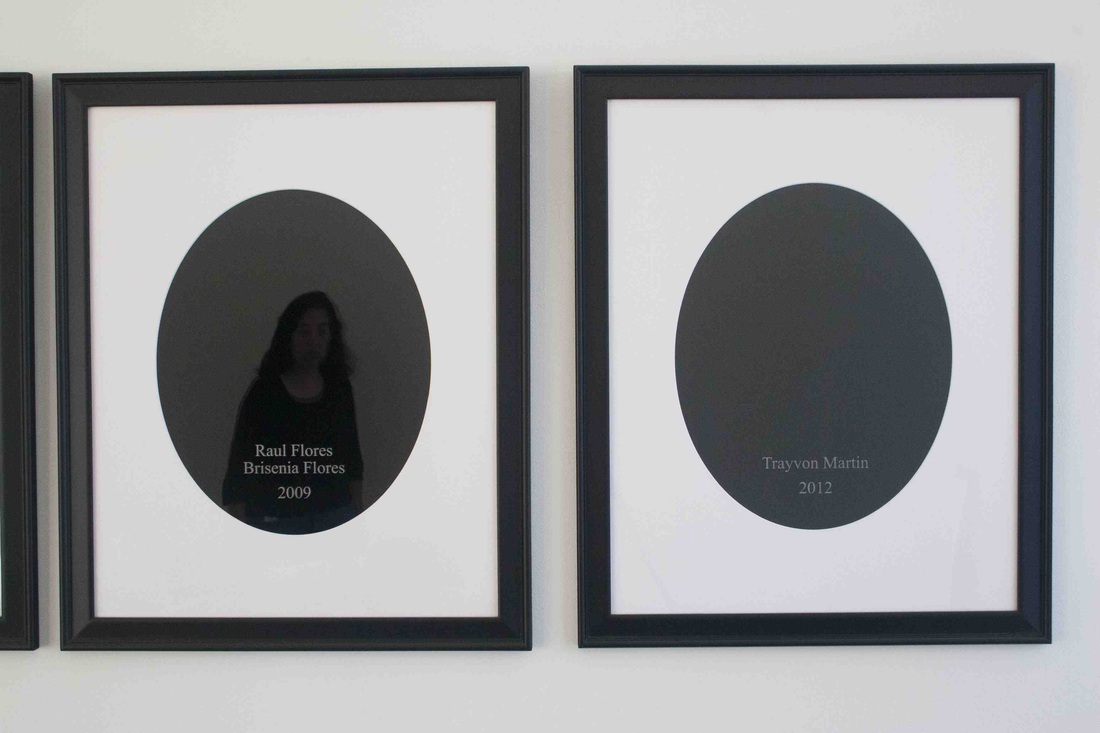 Ongoing list of names of victims included in "I Am..." thus far, as of July 2013  (of names included, and planned to be included). Sadly, this list does not include many, many other victims murdered by hatred and prejudice.